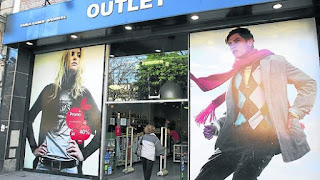 Palermo neighbourhood has turned into a main attraction for tourists lately.  It is a very important commercial and gastronomic district in which nowadays there are a lot of hotels, fashion designer shops, restaurants, bars, spas and the like.  This may be the reason why Villa Crespo is now referred to as "Palermo Queens" and it has become the new trading center in the city.

In Argentina, as well as in many cities round the world, the number of international experienced tourists who come to buy designer items of clothing when they are on sale with a 30 or even 50% discount has considerably increased.

Not only is Palermo Queens visited by tourists but also by people who do live in Buenos Aires and want well-known trademarks which cost less there than in high-street shops.

It is a walk outdoors that it is worth going for, in case you buy what you are looking for.